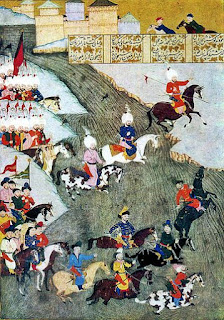 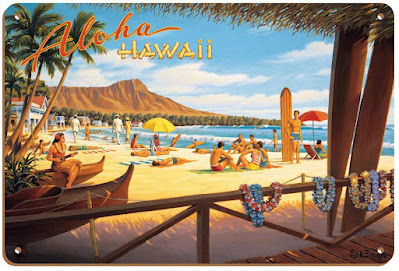 1969: I had better tell you where I am, and why. I am sitting in a high-ceilinged room in the Royal Hawaiian Hotel in Honolulu watching the long translucent curtains billow in the trade wind and trying to put my life back together. My husband is here, and our daughter, age three. She is blonde and barefoot, a child of paradise in a frangipani lei, and she does not understand why she cannot go to the beach. She cannot go to the beach because there has been an earthquake in the Aleutians, 7.5 on the Richter scale, and a tidal wave is expected. In two or three minutes the wave, if there is one, will hit Midway Island, and we are awaiting word from Midway. My husband watches the television screen. I watch the curtains, and imagine the swell of the water.

The bulletin, when it comes, is a distinct anticlimax: Midway reports no unusual wave action. My husband switches off the television set and stares out the window. I avoid his eyes, and brush the baby’s hair. In the absence of a natural disaster we are left again to our own uneasy devices. We are here on this island in the middle of the Pacific in lieu of filing for divorce.

I tell you this not as aimless revelation but because I want you to know, as you read me, precisely who I am and where I am and what is on my mind. I want you to understand exactly what you are getting: you are getting a woman who for some time now has felt radically separated from most of the ideas that seem to interest people. You are getting a woman who somewhere along the line misplaced whatever slight faith she ever had in the social contract, in the meliorative principle, in the whole grand pattern of human endeavor. Quite often during the past several years I have felt myself a sleepwalker, moving through the world unconscious of the moment’s high issues, oblivious to its data, alert only to the stuff of bad dreams, the children burning in the locked car in the supermarket parking lot, the bike boys stripping down stolen cars on the captive cripple’s ranch, the freeway sniper who feels “real bad” about picking off the family of five, the hustlers, the insane, the cunning Okie faces that turn up in military investigations, the sullen lurkers in doorways, the lost children, all the ignorant armies jostling in the night. Acquaintances read The New York Times, and try to tell me the news of the world. I listen to call-in shows.